As an adviser, it’s not always easy to discern the best academic path forward for high schoolers or college students. But there’s one thing the best advisers never lose sight of: A mentee’s passion for an academic discipline must be discovered and nurtured to transform it into a career path.

No two people hold this wisdom closer than Gerald Lee B.D.’61, A.M.’68 and Virginia S. “Ginger” ’62, M.A.T.’63, Ph.D.’75 Wilson. In their decades-long commitments as educators, administrators, and philanthropists at Duke University and the North Carolina School of Science and Math (NCSSM) in Durham, North Carolina, they have seen multiple generations of students through to graduation — and beyond.

Together, combining their years of teaching experience, the Wilsons have nearly 100 years of service educating North Carolinians and Dukies. Ginger was one of NCSSM’s founding faculty members and later dean of humanities; she also taught in Duke’s Master of Arts in teaching and undergraduate education program. Gerald has been an academic dean at Duke and teaches history to undergraduates; he received the Presidential Award, the Broadhead Service Award and the University Medal for Distinguished Service.

“When we arrived at Duke, it was the outstanding school in the South. Now, it’s a world-class university,” said Gerald. “We have been at Duke in the most exciting period in its history — it’s absolutely incredible.”

Now, with a planned gift joining a rich portfolio of giving at these institutions, the Wilsons will continue that impact forever.

The Virginia S. and Gerald Lee Wilson Scholarship Fund aims to create a bridge for North Carolinians from high school to post-secondary education at Duke. The scholarship gives preference to graduates from NCSSM — and secondly, to students from the state of North Carolina. Since the fund’s creation, the Wilsons have added to its value — and thus lasting impact — by updating their wills to include a bequest gift to Duke.

One example of the many students who have benefitted from the Wilsons’ giving is Shreyas Kolavennu ’19. He attended William G. Enloe Magnet High School in Raleigh, North Carolina, and continued his secondary education at NCSSM. At Duke, he studied economics and computer science. Though he never had the pleasure of having Ginger as his instructor, Kolavennu says the scholarship allowed him to pursue academic experiences without having to second-guess himself.

“Their significant contribution made it possible for me to participate in the Duke in New York program, and as a result of that endeavor, I chose to work toward a major in economics — and will be working in the financial sector after graduation,” said Kolavennu. “I am truly grateful for their gift and I know that the last four years would have been completely different without it.”

In New York, Kolavennu participated in the Financial Markets & Institutions semester program through the Duke Global Education Office. The Bull City (as Durham is known) to Charging Bull on Wall Street connection proved to be valuable. He is now a sales and trading analyst at J.P. Morgan Chase & Co.

“We want to make certain that somebody who really wants to come to Duke can. When you look up what Duke costs, this is not something that everybody can afford,” said Ginger. “We want to help a student who maybe couldn’t enroll at Duke on their own.”

“The scholarship is a living thing because you are investing in human beings,” said Gerald. “We’re creating the opportunity for people to leave Duke, go out in the world and make a real contribution to society. We’re developing leaders.”

Certainly, the Wilsons have developed leaders firsthand in their time at the university. With another permanent endowment created from their giving, the Wilsons provide continuous aid for Duke’s history department. The fund supports one or more undergraduates each year who are conducting historical research.

For the Wilsons, helping young minds discover the power of history and how it can lead to rewarding careers is exciting. Gerald’s students have several times honored him for his award winning class, “American Dreams/American Realities,” and for assisting them in the process of applying for law school. Gerald is regarded as one of the leading pre-law advisors in the nation. Ginger has been honored with the outstanding Secondary School Social Studies Teacher of the Year Award from the National Council for Social Studies and by the UNC Board of Governors Excellence in Teaching Award.

They both share a love for history and teaching it. History, in fact, also happens to be how Ginger and Gerald first met. During Ginger’s senior year, a friend said, “Oh Ginger, I met somebody, and I think you and he would be perfect together.”

But Ginger didn’t want to go on any blind dates, so she told her friend she wasn’t interested. Then, after graduation, Ginger started graduate school, soon met Gerald and they started dating.

One day, when she was eating lunch together with her friends in the Oak Room (an old favorite dining spot on campus), her same friend said, “That’s the guy I was telling you about earlier this year!”

Ginger had coincidentally met the same young man her friend wanted to set her up with: It was Gerald! He was the first guy Ginger could remember precise details about, such as where he stood as he waited for her outside of the dorm before they went on their first date. She thought that was special.

“We were in Chapel Hill in the Intimate Bookshop, which was on Franklin Street then,” said Gerald. “We were both looking at a book on history. I think that’s when it came together in my mind.”

“We were both history majors,” said Ginger. “It’s history that we love.”

From there, they had a natural connection and a bond that was unbreakable. The rest is history. The Wilsons now have a wonderful family: a daughter, two grandchildren and a dog.

These last few years, they have continued doing what they’ve always done in service for others — sharing their love for history. Gerald has even officiated the weddings of several of his former Duke students, which is a story worth telling in its own right. Ginger teaches courses as a volunteer instructor at the Osher Lifelong Learning Institute with Duke Continuing Studies. She shares with senior learners the same passion for the past that brings us to today. 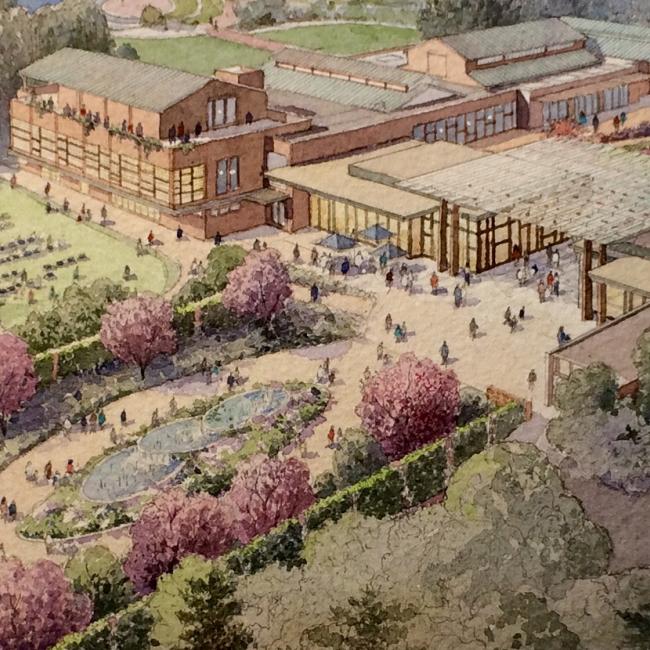 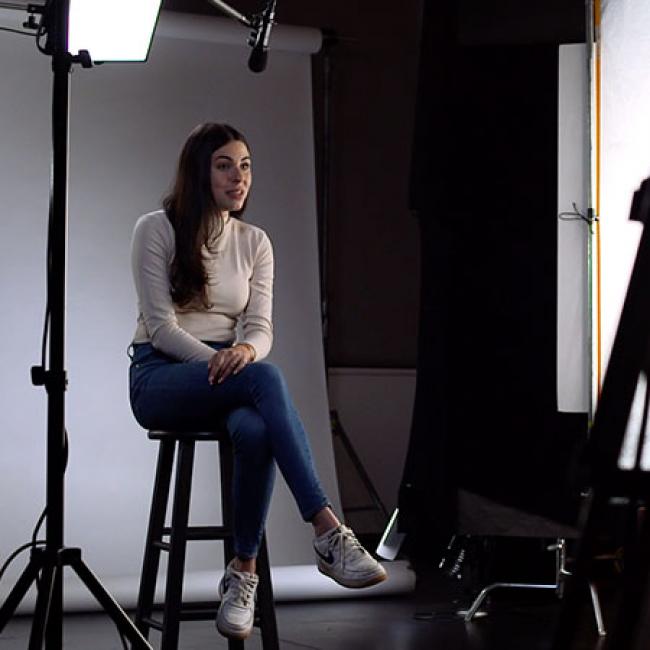 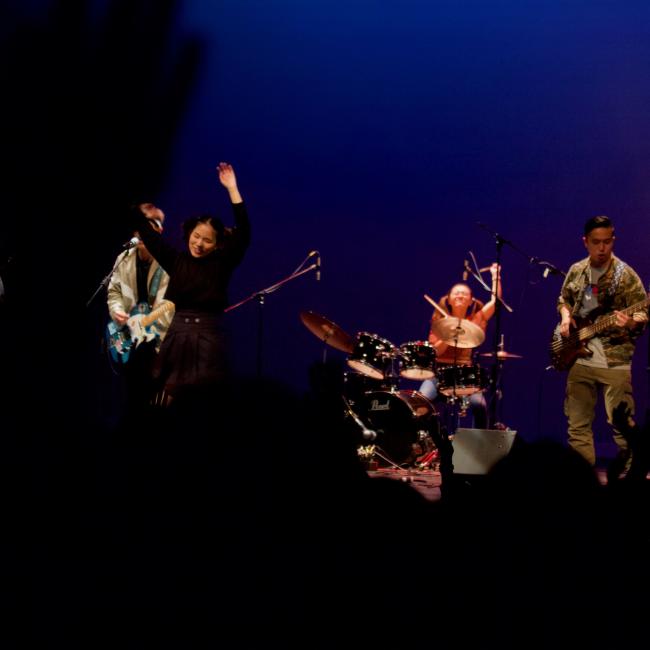 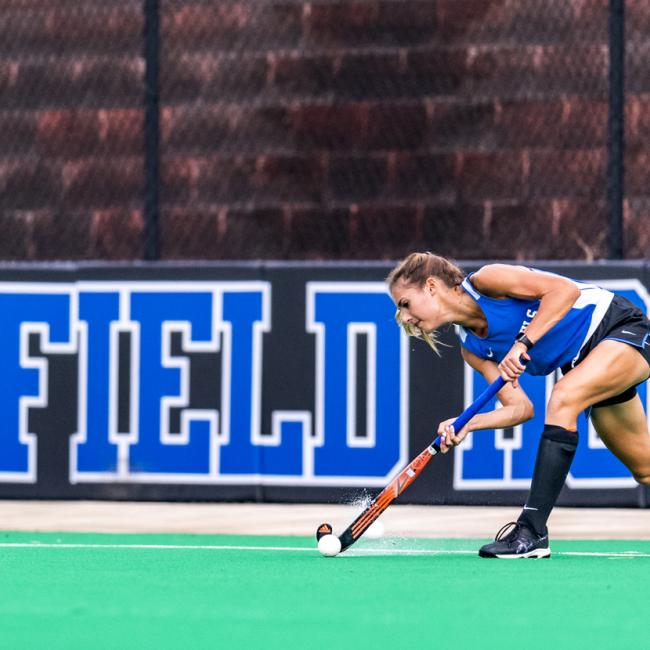 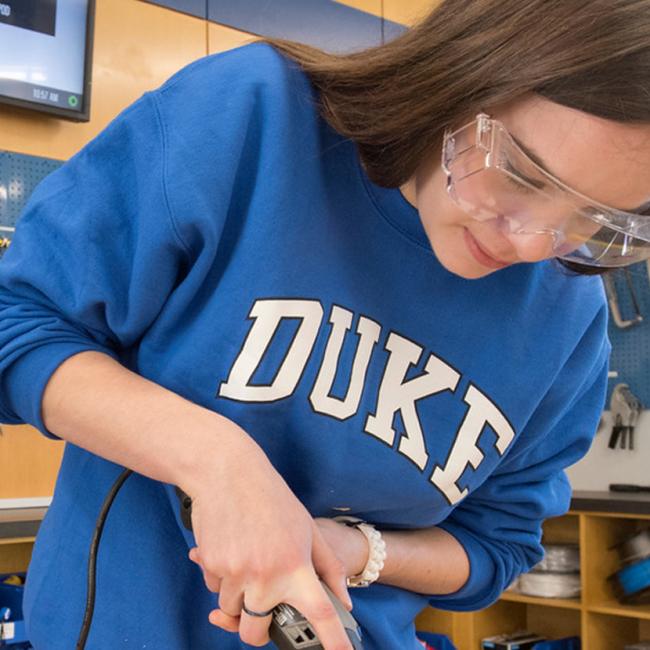